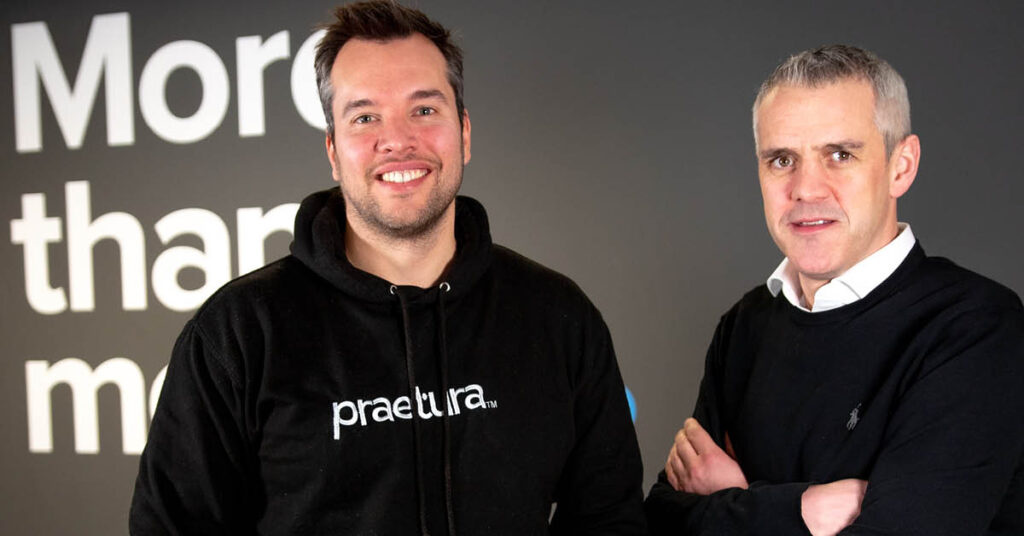 Praetura Group, the North West based debt and equity capital provider to small and medium sized businesses, has celebrated a record £253m year as demand for its equity and debt services continues to grow.

The Group’s Lending Division, which comprises of Praetura Asset Finance, Praetura Commercial Finance, Praetura Invoice Finance and Kingsway Finance, finished the previous year on a £123m loanbook. However, over 2021 the group grew its collective loanbook to more than £200m, marking its highest lending levels since it was founded in 2011 and a staggering £62% increase from 2020.

Through its Lending Division, Praetura offers small and medium sized businesses an alternative to traditional institutional lenders. It supports clients across almost every industry sector, providing funds between £5,000 to £15m to help businesses meet their own strategic objectives.

Praetura Asset Finance and Kingsway Finance transacted more than 1,000 deals. A record number to date for both businesses, predominantly driven through their close relationships with broker networks.

Praetura Commercial Finance, which is one of the fastest-growing businesses in the group, saw a 70% rise in funding applications and wrote more than £82m of new facilities in 2021. This included funding a number of major acquisitions in the UK supply chain. It also expanded its own footprint in the Midlands and the South following the appointment of new Sales Directors Tom O’Dell and Jeff Greenfield.

Praetura Invoice Finance, which only launched in September, has already attracted a large roster of clients from a range of sectors including construction, FMCG, manufacturing and supply.

Peadar O’Reilly, Managing Director of the Praetura Lending Division, said: “The rise of specialist finance has stemmed from businesses demanding greater flexibility from lenders. We’re proud of what the team has achieved in 2021 and we’re excited to build on this success. Praetura lending businesses are targeting a combined £300m loanbook by the end of 2022”.

At Praetura Ventures, the team raised a record £53m through its EIS and BPR investment solutions in 2021. with two-thirds of Praetura Ventures’ portfolio situated in the North, the company also secured £15m from the British Business Investments as the first Manchester-headquartered company featured on the Regional Angels Programme. This coincided with the appointment of five Operational Partners – including industry heavyweights from Apple and Social Chain – to support Praetura Ventures’ portfolio founders with mentorship and advice.

Praetura Ventures invested in eight new portfolio companies including BankiFi, Coadjute and Maxwellia. After supporting the business from seed stage, they also took part in Peak’s $75m Series C fundraise, led by global investment giant SoftBank. Praetura are looking to invest in 13 new early-stage businesses during 2022, taking their total portfolio to 35 businesses, with a further three Operational Partners hire to support the portfolio.

The Praetura Group now employs more than 100 people across three offices in the North West. As a group, the team are currently developing tech-enabled services to help scale its equity and debt solutions to support further growth.